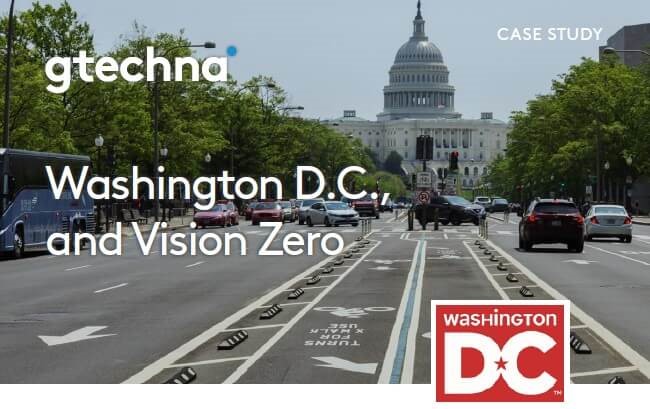 Washington, D.C., is the nation’s capital, a hub of politics, progress, and, coincidentally, parking. With so much happening around residents, commuters, and visitors, the city’s streets have become a mecca of activity. With all this activity, the District of Columbia was experiencing too many traffic fatalities and serious injuries, especially when it came to dedicated bike lanes. These were due, they understood, mainly to congested roadways, blocked bike lanes causing cyclists to swerve into the road, individuals not paying proper attention, and people not giving right of way. With too many accidents taking place on the streets, Mayor Bowser of Washington, D.C., decided that they needed to put a plan in place to combat fatalities and injuries because even one is one too many. So, on December 16, 2015, it was that Washington was going to initiate Vision Zero. With that announcement, planning for a brighter future began.

Fill out the form below to claim your copy of this resource.

By clicking “Accept”, you agree to the storing of cookies on your device to enhance site navigation, analyze site usage, and assist in our marketing efforts. View our Privacy Policy for more information.
DenyAcceptPreferences